Kingdom and Territories of the State of Oucidoria

The Kingdom of Oucidoria (You-kid-or-e-ah) was a nation on EarthPol situated in modern-day Indonesia on the island of Sulawesi. It was an absolute monarchy led by King Fletcher178 and his advisory council. The current capital city was Palapo. It is unknown when this nation disbanded.

Following the demise of the Recrafted Civilizations Version 7.0 (I know big number), Fletcher178 took his remaining followers (the former nation of Colombia, his old allies from Great Britain, as well as close ally and friend Choochoo500 from Korea with several Korean members) and scouted for a server to call home. Following their latest exodus from a failed historical RP server, the group noticed the start of Earthpol Version 3 and began to bring their misadventures here again.

Following their introduction to the server, the group came across the region of Hainan, south of China. While preparing the gold reserves to start a town, on the evening of the 18/03/21 a detachment from the Empire of Japan settled a city on the coast, directly next to the region of the planned settlement. Scouting parties were set up on the behest of Fletcher to assess the threat of the Japanese settlement as he tried to contact the Japanese Head of State Kawada to negotiate a partition of Hainan. On the 18/03/21 at 23:31pm GMT a spy, assumedly Antikaiblaze from the initial Korean members, told Japanese member Cubs_ false information regarding Oucidoria's intention saying it was to "drive the Japanese out of Hainan". Once contact was eventually made with the Japanese head of state, the aggressive stance of the Japanese forced the Oucidorians to flee Hainan under threat of military assault. Despite major reluctance, Fletcher, realising the vastness of the Japanese Empire and despite having close connections to many major nations, was forced to occupy the site of Sulawesi in modern Indonesia, forbidden to expand from said island with fear of Japanese military conquest.

After their premature exile from Hainan and finding themselves landing at Sulawesi, the group managed to consolidate their resources finally and create their starting town of Palapo, under the mayor _Toxi. As of writing the town is still under construction.

As of that moment in time, there was only 1 mayor in Oucidoria, that being _Toxi who was mayor of Palapo

The Oucidorian national anthem was an orchestral version of Viva la Vida from the Band Coldplay. It was chosen due to the Initial 8's connections to the now deceased Recrafted Civilizations Historical RP/Geopolitcs server following the collapse of multiple kingdoms. Given the fact that many were parts of the major factions, the lyrics "that was when I ruled the world" are quite poignant and it was commonplace for Mayor Toxi to cry.

The Kingdom of Oucidoria had 4 Flags: 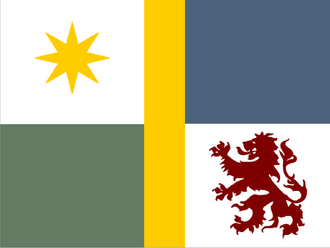 Dutch Lion: Location is in the former Dutch East Indies 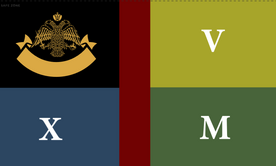 Blue: The seas the royalty controls

Green: The lands the royalty controls 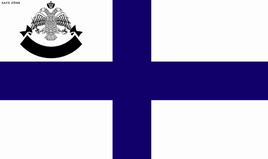 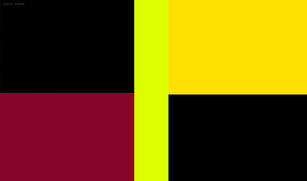 Red: The blood of our enemies

Yellow Stripe: Royalty's command and survival in times of war

Black: The death our enemies shall get